The Forum of Local Government Special Assistants in Oyo State on Thursday organised a prayer session for the success of the re-election bid of Oyo State Governor, Seyi Makinde, in the 2023 election.

Addressing the Forum, the Publicity Secretary, People’s Democratic Party, Engr. Akeem Olatunji, said he was proud of the feat achieved by the Governor of Oyo State, in the past thre and a half years.
Olatunji also commended the chairman of the Forum, Alh. Jumoke Ali, for uniting all the SAs together for the success of PDP.

Enumerating Governor Seyi Makinde’s achievements in the past 3 years, Olatunji said residents must give Kudos to the Governor for always insisting on decency, equity, fairness, inclusiveness, participatory and decorum as guiding principles for progressive governance and politicking.

“Governor Makinde is a father figure to us, he has demonstrated maturity in his approach to his re-election bid. He has enjoyed support from God and the people of good conscience. With your supports, nothing will stop him from retaining his mandate in the coming 2023 general elections.

He said the Governor has won the trust and confidence of the people, and has diligently served in the last three and a half years of his administration.

She expressed delight that her colleagues had demonstrated their support for Makinde, because of the development they had facilitated to their wards and LGAs.

She therefore urged the SAs to work for the success of the Governor in the coming election.

“We are proud of Governor Makinde’s achievements. In virtually all fronts, he has paid his dues. Against all odds, he has conscientiously worked hard to deliver on his electoral promises”, she said.

In his remarks, the Special Adviser on Tourism and Culture, Akeem Ige, said Seyi Makinde had done much for the people of Oyo State, commending the Local Government SAs for complementing his efforts.

The special prayer was led by a former Chairman of the Oyo State Pilgrims Welfare Board (Muslim wing), Alh. Taofeek Akeugbagold; while Christian and Traditional clerics also offered theirs.

The special prayer session was graced by PDP candidates and some other chieftains of the party in the state. 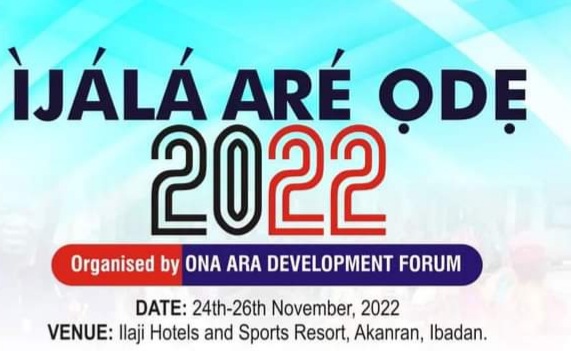