Public school teachers in the Oke-Ogun zone of Oyo State comprising of six unions, under the Nigeria Union of Teachers (NUT), on Thursday, stated that they will not be applying for work as Adhoc staff for the Independent National Electoral Commission (INEC), in the forthcoming 2023 general elections as their tradition but will be going out to exercise their franchise.

This was part of the decision reached during the inauguration of the GSM Teachers’ Vanguard, Saki zone at the Baptist High School, Idi Araba, Saki, at a program attended by dignitaries from various walks of life, government functionaries and other groups including Teachers solidarity and Omituntun Vanguard.

The teachers who converged in their hundreds for the launch of the group reiterated that though teachers are naturally known not to vote during elections because they are usually engaged as adhoc staff for INEC, said for the first time, they will not pursue money but will be exercising their voting rights.

The teachers from Atisbo, Saki-West and Saki-East Local Governments while advising members to get their Permanent Voters Cards, unanimously put their weight behind the second term ambition of Governor Seyi Makinde, saying they have enjoyed good times under his administration.

Speaking at the launch, the Commissioner for Information, Culture and Tourism, Dr Wasiu Olatubosun enjoined the Nigeria Union of Teachers to mobilise members and eligible students to register and get their voter’s cards in order to vote in the coming election.

He charged them to reciprocate the good gestures of Governor Makinde, who has eased their burdens through prompt payment of salaries and other emoluments in 2023, reiterating that the efforts of the present administration in the State towards delivering free healthcare to residents in the state, provision of security, expansion of the economy through infrastructure and agribusiness should be encouraged.

Also speaking, the chairman, NUT, Oke-Ogun, Oyo, Ogbomosho Divisional Executive Council, Comrade Salami Mukaila Adedoyin expressed their readiness to vote for Makinde in 2023, adding that he is a strong, deep-rooted and passionate leader, describing the governor as a selfless politician whose creditable performance has delivered Oyo State from the misrule of the opposition party.

“Makinde has been steering the affairs of the State well. Today, Oyo State has moved from the 26th position to the 11th position in the country. This is so because we have enjoyed prompt payment of salaries, teachers have enjoyed promotion, leave bonus, while the waiting period of primary school teachers has been reviewed from six years to three years. Oyo State has witnessed tremendous progress under Makinde. Therefore, we urge all of you here to support him,” he said.

A Full-Time Board Member at TESCOM, Mr Mudashiru Awujola advised teachers and other stakeholders in the education system to align with the second term gospel, as initiated by Dr Olatunbosun, urging the teachers to use the period between March and May to register for voting and get their voters cards before the 2023 general elections. 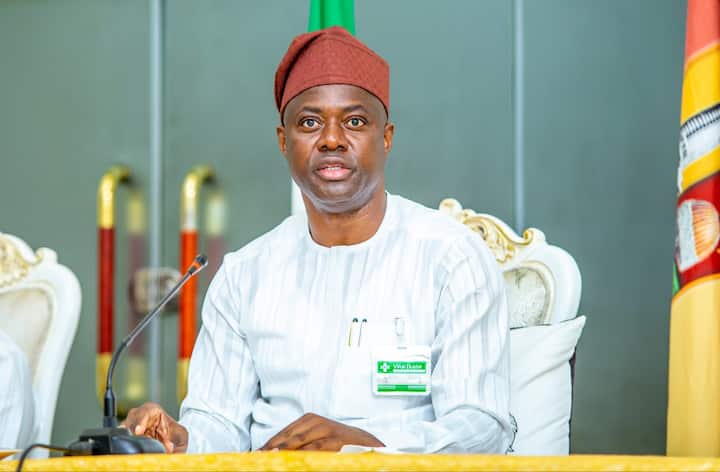