As the race for the governorship election gathers moment, Governor Seyi Makinde has declared to return as governor, amidst concerted efforts by the opposition All Progressives Congress (APC) to oust him. Commissioner for Information, Culture and Tourism, Wasiu Olatubosun tells DARE ADEKANMBI that Oyo State will return the governor based on his performace, among other things.

Governor Seyi Makinde recently took to his Facebook page to declare his intention to retain his job for another four years. How would you describe this move by the governor?

It is a right step in a right direction because he has only heeded the clarion call on him from well-meaning members of the state, including various groups, associations and many more, to contest again. In fact, the people of the state were practically begging him not to go for a national office either as vice-president or president. People are saying they still need him more in the state.

Would you say he has delivered well on the mandate given to him in 2019 in the last three years and met the people’s expectations?

Governor Makinde has performed very well and even beyond people’s expectation, especially given the economic challenges that all the states of the federation are facing. The governor has succeeded in fulfilling the electoral promises he made to the people of the state. When he was campaigning in the build-up to the 2019 elections, he anchored his promises on the accelerated development of Oyo State with four pillars: education, security, health and expansion of the economy through infrastructure and agric business. On these pillars, the governor has done creditably well. In the area of education, he promised that once he was elected he would stop all forms of fees being imposed on pupils and students of public primary and secondary schools and he has done so. He promised to deliver infrastructure to schools and this has been fulfilled as well. He promised to lift the standard of education in the state; he has delivered on this as well. Before we came in, the state was rated number 26 in WASCE examination, but in the first two years of his administration, the state moved upwards to number 11. That means those things he put in place in the area of education and academic materials like compendium of past questions and so on are yielding fruitful results. Apart from this, he recruited 5,000 teachers without compromising quality and merit during the process. One unique thing about the recruitment was that for the first time in Oyo State, children of nobody were able to get employment in the teaching service. This was alluded to during the tour of all the zones where all the newly recruited teachers came out en-mass to show their appreciation to the governor. If you want to know the effect of this development, go to the private school owners in the state where some of the new teachers in government employ came from. I had interaction with the private school owners and they complained bitterly that a majority of their good hands have left for public schools. In addition, we encourage the teachers to give their best through prompt payment of their salaries on the 25th of every month, which we call the GSM date. Promotions that had hitherto been pending before the governor came on board have been done along with all allowances and the beneficiaries are more than happy.  And lastly, we promised that Oyo State would fully own LAUTECH and this has also been achieved through the native intelligence and ingenuity of Governor Makinde.

On health, before we came in, the number of functional primary healthcare centres was not up to 100. But today, in fulfillment of the promise made by the governor, there are functional PHCs in each of the 351 wards in the state. As I am talking to you, we have completed 200 and another 99 are at advanced stage of completion. Before we finish the first term, we will be able to complete all the 351. We have also since 2020 have been doing the Omi Tuntun free health mission for indigent people who may not be able to afford the cost of secondary healthcare. For the two years we have done it, over 500 people have been operated upon free of charge. We are working on elevating the condition of our secondary healthcare facilities. We started with the Adeoyo Hospital Ring Road and we will do one per senatorial district.

No administration in the state since 1999 has surpassed what Governor Makinde has done in the area of security. For instance, within the first 100 days of our coming in, we procured 100 brand new vehicles to the security agencies in the state. We also got a lot of patrol vans to complement that. We also keep to our monthly logistic support to all the security agencies in the state. Only God knows what could have happened security-wise without the establishment of the South-West security outfit codenamed Amotekun launched immediately after the #EndSARS protest. You would see that it was Amotekun that really helped to stem the excesses of hoodlums because at that point in time, the police had been demoralised. They were not responding to distress calls after the #EndSARS protest.  Amotekun has really helped in curbing the nefarious activities of hoodlums and armed robbers and kidnapping, including the herdsmen crisis.

Although we initially had problem with the police, today the police and the Amotekun people have a robust relationship and they see each other as partners in progress. We have also expanded the coverage areas of the CCTV cameras in the state. Let me say that there is a limit to what governors can do in the area of security because security apparatuses in the country are centrally controlled. This is why a majority of right-thinking people believe we need state police for governors to be able to function optimally as the chief security officers of their states. For instance, for the Amotekun corps to carry a weapon like AK-47, we need the approval from the president. What that implies is that the key to real security implementation lies with the federal government. Today, President Muhammadu Buhari can’t even secure his own state talk less of Kaduna where he lived before he became president.  What I’m saying in essence is that the success or otherwise of security in any place depends largely on how the federal government handles it because everything is centralised.

Critics of the government have raised issues about the cost of the light up project and that using diesel generators to power streetlight now instead of using solar is not sustainable. The streetlights too are epileptic…

The project is still ongoing and the contractor has not delivered it to the state. Part of what is being looked at is that IPP project will be deployed to powering the streetlights. It is going to be a three-in-one thing. So, pending when the power project is completed, we will still be using diesel. When we started, critics said it would not be possible. One of the goals of Governor Makinde is that Oyo State must get value for every of its kobo. Yes, we can have hiccups is some areas, but that does not mean the project should be rubbished. Are we enjoying electricity from IBEDC as we would love to? The teething problem on the project will be over soon.

Concerning security, the park management system people have been troubling the peace of the state and the government appears not ready to clamp down on them. Two people were killed and several sustained mortal injuries a few days back. The last government came up with Operation Burst which was effective in dealing with crimes and criminals.

I beg to disagree with those saying government is not doing anything about the security situation in the state. Have people forgotten that the One Million boys came up during the life of the last administration?  Ibadan was held hostage by these boys for almost six months. For the better part of the second term of Governor Abiola Ajimobi, these boys practically used Ibadan. According to the information at our disposal, the incident you mentioned was not caused by the PMS people. It was the boys loyal to a particular leader of the disbanded NURTW that attacked the PMS guys. The matter has since been reported at Agungun Police Station and certain arrest has been made and investigation has been launched into the matter. If they want to be fair to this government, they know that the incidents of hoodlums causing trouble about six months ago have drastically reduced because of the new security architecture we put in place. Yes, we won’t say we are enjoying absolute peace, but there is relative peace compared with what happened. We will get to where we are going, which is to have absolute peace. We are strengthening community policing. If the federal government has done what is expected of it, we won’t find ourselves in this situation. We wish to renew our promise to the people that their lives and properties will be protected.

In the area of environment, the government is getting knocks that Ibadan is become a dirty city with refuse littering the road medians…

Yes, we know we have challenges in this area and we are working day and night to address the challenges. We are coming up with a new refuse disposal architecture that will change the narrative for good. Within a short time, we will roll out our plans in this regard. We know our important that area is.

The opposition APC has changed its sloganeering to Seyi Must Go and that its leaders are burying their differences to send Governor Makinde out of office next year.

It is a pipe dream that cannot be actualised and I will give you some reasons. In the next few weeks, you will see splinter groups moving out of APC. The opposition APC is a house built on deceit and that will be so clear by the time the issue of primaries and tickets comes up. There will be a serious volcano in APC that will disrupt whatever plan they are putting in place. They are only deceiving themselves because our target is the people of the state. We still have a firm grip with the people and no amount of propaganda that APC is bringing that we are not prepared for. Out of eight key political indicators that determine who wins the governorship election, I want to say categorically that six of those indicators are in our favour. We even have 80 per cent of the six indicators in our favour as well.

What are those indicators?

I won’t tell you because I don’t want them to know them. Let them continue their rabblerousing. They will meet us on election day and they know we know the game better.

By the special grace of God, I know APC will not govern Oyo State in 2023 because Seyi Makinde is coming back. They are only making a noise and like the Yoruba adage, we won’t listen to the noise because it is a distraction. If you look at the way we are going, we have started engaging the people. By the time it is fully built up, we will have a formidable force that no one can confront. Makinde is coasting home to a resounding victory again. 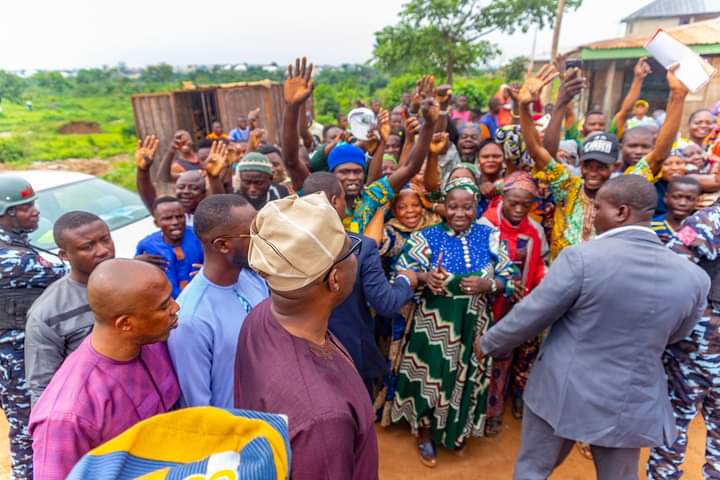 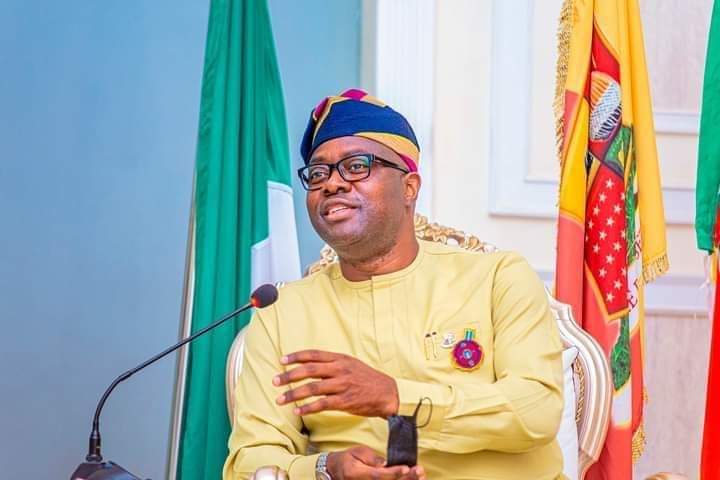