The coronation of the Olubdan of Ibadanland was historic in many ways, and the role played by the Oyo State Security Network Agency (Oyo Amotekun) deserves to be recorded as part of this history. Many sons and daughters of Ibadanland will recall how rowdy this event was in the recent past. A newspaper report on the crowning of the Olubadan in 2016 said, “The organisation of the event was so shoddy that even the newly installed Olubadan was also not spared as he was pushed and shoved around by the crowd as he made his way to the podium”.

The pushing, shoving, extortion, and manhandling of citizens that was a regular occurrence during these types of activities were largely curbed because the Oyo State Government through Oyo Amotekun deployed operatives to man areas such as Iwo Road and Alarere while men were detailed on mobile patrols. In all, investigations show that over 20 patrol vehicles were used to maintain law and order. Also, operatives from Oyo and Ibarapa were mobilised to Ibadan to facilitate a conducive atmosphere.

Just about a month ago, Oyo Amotekun was on ground to ensure that there were no security issues during the final burial ceremony of late Olubadan, Oba Saliu Adetunji. Invited guests and the general public, could attest to the contributions of Oyo Amotekun to the peaceful environment on that day.

The truth of the matter is that these events happened without any ugly incidents or security breaches because of the foresight employed by the Oyo State Government in establishing a well-run security outfit that complements the efforts of the Nigeria Police. It is no news that Nigeria is severely under-policed. And so, when Oyo Amotekun started in November 2020, it recruited 1,500 corps members – the largest in all southwestern states.

The corps members were drawn from all the 33 local government areas in Oyo State and from different backgrounds. It is on record that all non-state actors such as OPC, Agbekoya, Vigilante Group of Nigeria, Oyo State Vigilantes Group, Hunters, Soludero, Herbalists, Man O’ War as well as discharged soldiers including women applied for recruitment through a transparent online platform. Afterwards, a recruitment panel made up of officers from DSS, Immigration, Civil Defence, Correctional Facilities and other professionals screened the applicants before they were recruited.

Contrary to the general belief that Amotekun operatives are illiterate, depending on the role they play in the agency, operatives hold first and second degrees as well as secondary school leaving certificates. When you couple this with the training that they continually receive at their training facilities and disciplinary action taken against erring officers, you will understand why Oyo Amotekun is becoming a standard for discipline and conscientious policing in southwest Nigeria.

A look at their organisational structure explains why Oyo Amotekun is the standard that other state’s operatives aspire to. For starters, the operatives are well paid. No Amotekun Operative in Oyo State earns less than N45,000 a month. And they don’t have to travel far to work, operatives are assigned to work within the communities that they live.

Additionally, there are two sets of operatives – black belts and white belts – creating an aspiration for new cadets to grow from the rank and file. There is also the strong discipline instilled within the agency. So far, about 50 operatives have been dismissed for not following the agency’s code of conduct for operatives.

The successful hosting of the Olubadan coronation is just one way that Oyo Amotekun is helping to ensure peace and security in Oyo State. These days, there are fewer stories of farmer-herder clashes or of kidnappings in rural areas. Farmers are gradually returning to their farms as Oyo Amotekun continues to comb forests and ensure that criminals and hoodlums do not turn these places into their campsites. Every day, these operatives put their lives on the line to make sure that the people of Oyo State sleep with both eyes closed. Some have lost their lives in the process. In fact, as at the first anniversary of Oyo Amotekun in November 2021, 13 operatives had lost their lives and Governor Seyi Makinde paid out compensation to their families. 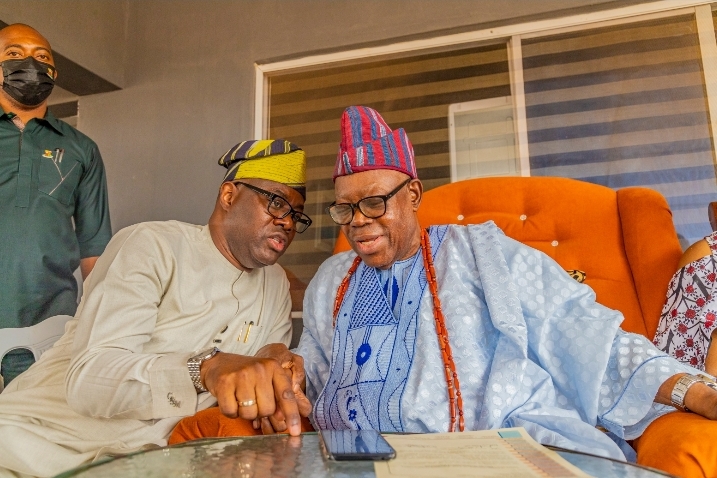